With the aim to constrain the geographic distribution, the stratigraphic relations and the evolution of the deposits of the Aeolis Dorsa region (151°E 3°S), a geological and geomorphological mapping has been performed in the study area at regional scale, using multiple datasets including altimetry and visible 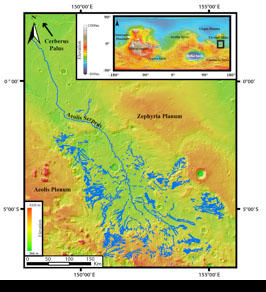 images at various spatial resolutions (e.g., from 50 m pixel-1 to 25 cm pixel-1). Aeolis Dorsa displays an exceptional set of depositional environments and fluvial channels patterns that suggest the presence of a large-scale fluvial system and, hence, of a large amount of surface and/or subsurface water, that points to a long-lasting and extensive hydrological cycle. The discussion focuses on the implications of these observations and their genetics interpretations during the Hesperian and Amazonian evolution of Aeolis Dorsa. This research points to give a contribution in understanding past climatic conditions on Mars since wet environmental conditions occurred through time in the study area diverge from the present-day totally dry climate. Moreover, it provides a challenging perspective for future missions looking for present-day and/or past extraterrestrial organisms as the life as we know it needs liquid water.

Depositional methods and distribution of ELDs in Arabia Terra, Mars

Analyzing intra-crater deposits' stratigraphy and mineralogy, as well as surveying their geographical distribution to determine the regional depositional history of Arabia Terra. Mapping the stratigraphy between clay and sulphate-bearing deposits and measuring deposits' volume to better understand the role of water in the region's past.

Mapping ILD units within Hebes based on layer thicknesses, layer attitudes, mineralogies, and erosional landforms. Observing plateau faults, chasma wall morphology, and slump blocks within the chasma's interior to better understand chasma evolution. Constraining the timing between ILD deposition and formation of the chasma as well as determining depositional methods. 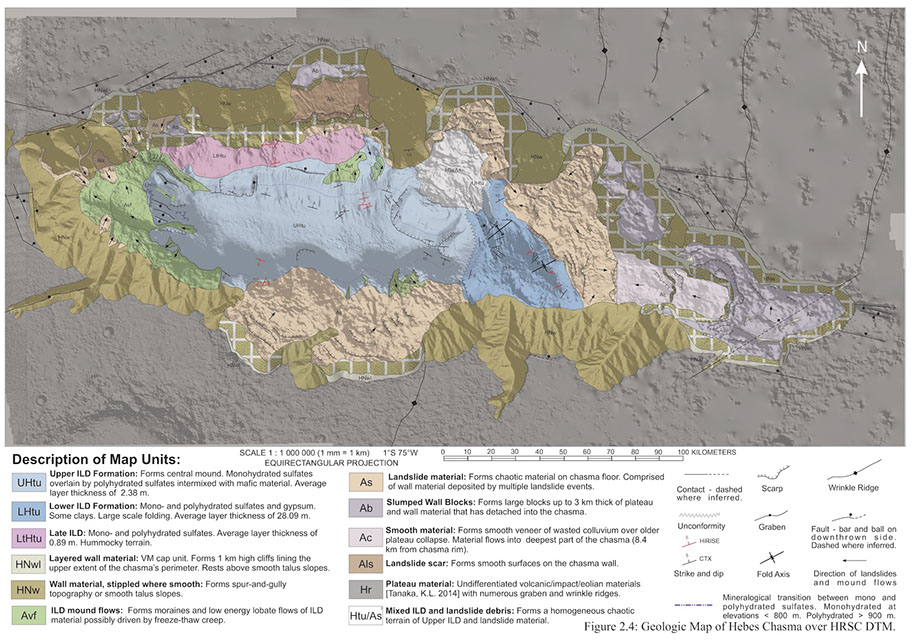